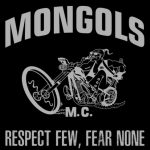 Jesse “The Body” Ventura is known as a professional wrestler and as the governor of Minnesota. He is also considering a run for the presidency in 2020. He recently added a new credential to his resume, that of expert witness.

Federal prosecutors accused the Mongols Motorcycle Club of racketeering. The government argued that the “outlaw” motorcycle club has engaged in a pattern of criminal behavior. To defend against that accusation, the Mongols called Ventura to testify as an expert witness.

Organizations cannot serve prison time, but they can be made to forfeit the property that they use to commit crimes. The government’s apparent objective is to seize control of the Mongols’ trademarked patch, described by the New York Times as “a drawing of a brawny Genghis Khan-like figure sporting a queue and sunglasses, riding a chopper while brandishing a sword.”

Prosecutors nevertheless hope to obtain control of the trademark by using criminal forfeiture laws. Prosecutors seem to think that depriving the Mongols of trademark rights will put the group out of business. Why they believe that to be true is also a bit of a mystery.

It appears that prosecutors believe they can stop Mongols from wearing their logo, and thus destroy the group’s identity, by seizing the trademark. If the Mongols commit murder and extortion, as the government claims, are they likely to worry that wearing leather jackets with the Mongol patch will infringe a trademark that the government owns?

Wearing a trademarked jacket isn’t a crime, but even if it were, it hardly seems like a wise investment of public resources to arrest people for wearing a jacket, some of whom might not be Mongols. Nor is the government’s apparent plan practical. Does the government expect to seize the bodies of club members who have tattooed the insignia onto their shoulders and biceps?

Perhaps the government hopes to deprive the Mongols of licensing fees the club collects from retailers who sell attire that features the club’s logo. Denying the club a legitimate source of income may be counterproductive if it encourages the club to replace that income through illicit means. Since taking the trademark plainly won’t put the Mongols out of business, it is difficult to understand the government’s objective.

Regardless of the Justice Department’s wisdom in prosecuting the Mongols as an organization rather than prosecuting individual members for crimes they commit, the government brought the case to trial. The Mongols defended against the racketeering charge by arguing that it does not sanction or encourage any crimes that its members might commit.

To advance that defense, the Mongols called Jesse Ventura as an expert witness. Ventura has long been a member of the Mongols. When asked whether Ventura’s membership made him part of a criminal gang, Ventura testified that it did not.

Despite becoming a “full patch” member of the Mongols, Ventura denied committing any crimes for, or on behalf of, the organization. Ventura testified that he was never asked to commit crimes and never did.

Ventura joined the Mongols in 1973 after returning to the United States from his second tour of duty in Vietnam. Ventura found a “brotherhood” in the Mongols that he could not find elsewhere in civilian society. He explained that the organization provided a valuable transition to civilian life after serving in Vietnam.

Ventura acknowledged that some Mongols have committed crimes but pointed out that members of many organizations have broken the law. He contended that some “bad apples” should not be taken as evidence that the organization as a whole is rotten.

Ventura admitted that “bad blood” existed between the Mongols and the Hell’s Angels, but attributed any acts of violence to the exercise of self-defense or necessary retaliation rather than gang wars. His knowledge of recent Mongols activity is limited, however, by his move to Minnesota in 1974 to pursue a career in professional wrestling.

Despite his continued membership, Ventura did not attend Mongols meetings and would not have been aware of any discussions of criminal activity that may have occurred in his absence. The evidence presented by prosecutors focused on crimes committed in the current century.

What is clear is that the government’s attempt to seize intellectual property in a criminal prosecution raises a host of legal issues. Those issues will only be resolved by diverting government resources from crime fighting tactics that would surely be more effective than trying to stop people from exercising their right to express themselves by wearing a logo.

Prior to his retirement, T.C. Kelly handled litigation and appeals in state and federal courts across the Midwest. He focused his practice on criminal defense, personal injury, and employment law. He now writes about legal issues for a variety of publications.